Wind Cave National Park is a unique geological wonder. This small National Park is nestled up against Black Hills National Forest and Custer State Park in the southwestern corner of South Dakota. It not only features beautiful and forested rolling hills, but vast grasslands, and a unique cave system with features that distinguish it from other caves worldwide.

This sacred American Indian site, once only known to the Lakota people, was discovered by settlers in 1881. Two brothers actually discovered the cave’s only natural opening, when they heard a whistling sound coming out of the ground. The wind blew out of the this small hole, with such force, that it became known as Wind Cave.

The difference in atmospheric pressure inside and out of the cave, creates wind that is still quite noticeable today.

As with all known caves, you must take a tour in order to go inside. This National Park does not take tour reservations for their standard tour (only for some of the other “specialty tours” which are only offered in the summer). All standard cave tours are on a first-come, first-served basis. I would suggest arriving early in the day. We arrived 45 minutes prior to a scheduled tour time, which happened to be already full, and ended up waiting for the next available tour, over two hours later.

There are hiking trails, and the park itself is quite beautiful. As we were staying in neighboring Custer State Park, which has a lot of the same landscape (yet even more beautiful), and it was a rainy and cold day…we did not feel the need to hike this park. Instead we drove down to the town of Hot Springs to have lunch, while the kids worked on the Junior Ranger books, until it was time for our cave tour.

We were back at the Visitor Center ten minutes prior to our scheduled tour. I was pleasantly surprised to find that the tour size was much smaller than others we had been on. Our particular tour group was only about forty people or so. This is a big plus for me, as I prefer smaller groups on tours like this.

Now, some may wonder…how different can one cave be from another? Well, let me tell you….VERY!

I was wondering prior to this visit…if visiting this cave would still interest us, after visiting Mammoth Cave National Park in Kentucky and Cathedral Caverns State Park in Alabama.

Well, in our quest to explore our National Parks…we ventured to this cave and discovered that it is unlike any other cave in the country…even the world, for that matter.

This cave system has the largest quantity of Boxwork formations in the world. These unique calcite structures look like honeycomb and they adorn the ceilings and walls of the cave. It really is quite beautiful to look at, and my photographs do not do formations justice.

This was the first time we had seen such a formation. How incredibly fun to discover this new type of geological wonder and to mentally compare it to the other caves we have seen.

Visitors should know that many of the passages are quite small. Chris and I both had to duck down often, to prevent from bumping our heads on the the low ceilings.

There is also a variety of minerals in Wind Cave, as well as some stalactite and stalagmite formations.

Our Ranger-led tour was awesome and we all enjoyed exploring Wind Cave. Here are my tips for those planning a visit…which I will use myself one-day when we return…because yes, the cave is that amazing that we will need to see it again! 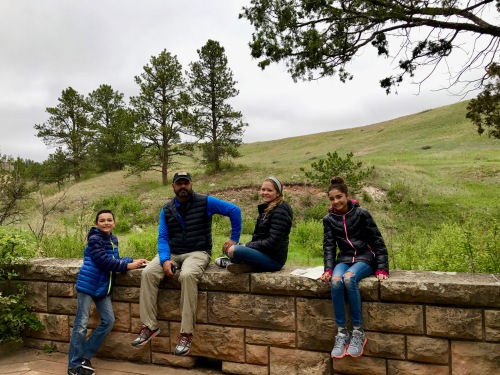 After our tour, my kids finished up their Junior Ranger books. This book was fairly extensive for their age group. I was thankful that they had all of that time prior to our tour, to work on the book, as it was a bit lengthy. I did love the information though. My kids received a solid geology lesson from this cave! 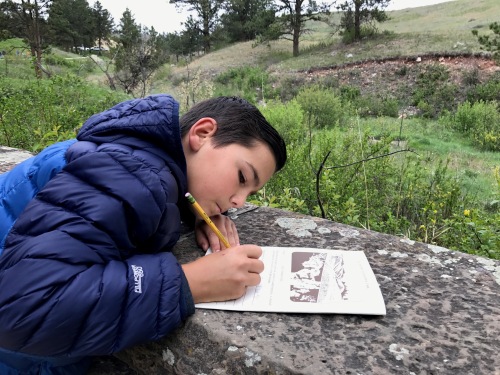 This park is full of wildlife. As we drove into the park from the north, we saw bison, deer, pronghorn and thousands of praire dogs. The drive through the park, wandering through the Visitor Center and taking the Cave Tour all gave us a good grasp on what this park encompasses. As this is one of the smaller National parks, I feel that a one-day visit was just perfect for us. Honestly, for my family, we would not have been very interested in this park if it were not for the cave. Though the Park is beautiful and diverse, the upper landscape does not offer anything unique to the area (or at least for those that have been to Custer State Park and other parts of the Black Hills). However, the underground cave is magnificent! This would be my main reason to visit the park, so do not miss it.

Have you been to Wind Cave? How would you compare this cave to others? I hope that these travel tips are a blessing to those that may be planning their visit in the future. Happy explorations!